Due to popular demand, we have decided to write this latest post about Day 3’s Bonus Point Challenge, which was for the participants to post a meme related to this hackathon or programming as a whole.

Before I show off the quality submissions of our participants, however, I shall regale you with a brief history of memes. I’m pretty sure that at this point, almost everyone who is technologically capable enough to read this blog knows what a meme is, considering that even my not-quite-boomer-aged father has mentioned them before, but sometimes it’s better to be safe than sorry.

A meme is defined as “an element of a culture or system of behavior passed from one individual to another by imitation or other non-genetic means.” However, this definition of meme probably hasn’t been used by a single person since the word’s inception. The real definition that we’re looking for is “an image, video, piece of text, etc., typically humorous in nature, that is copied and spread rapidly by internet users, often with slight variations.”

Media that qualifies as memes can be found going back as far as the 20th century, such as this newspaper cartoon: 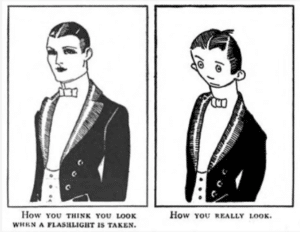 However, the true rise of memes took place in the last few decades, mainly thanks to the internet and the tendency of certain media to “go viral” on platforms such as Reddit and 4chan. The most famous memes don’t have much in common except for versatility. The best memes are those that can be applied in a variety of ways, either by changing the caption or adjusting the image itself.

As for the reason that memes are so popular among younger generations: I have no idea. Some memes only make sense after a few hours of digging up their origins(or a visit to knowyourmeme.com, where some poor sap did all the work for you), and others make no sense even after that. In short, don’t overthink it. Memes are meant to be mindless fun, without any real rhyme or reason behind them.

With that in mind, enjoy the submissions of the participants across middle and high school!